Morning commuters drive by the busy streets while those walking hurriedly down the sidewalks stop for their morning coffee while checking their Blackberries for those important meaningless messages. The sun is just starting to rise, giving a glimmer of hope for a beautiful day.

Last night, they dragged her dead, drug-riddled body away. The gossip spreads like wildfire in the street. “Another one gone,” they quickly whisper, afraid that it could be them who might be next.

The story is that Neil saw her last as she struggled to find that last good vein for the hit that would take her pain away. She screamed at the passersby who strolled down the late-night street coming from the movie just around the corner. They stared with sheer disgust rather than pity at this drug-ravaged woman. Her babble hung heavy in the arid summer night’s air, slowly drifting away with new cries for help.

She had recognized me only a year ago, when I passed her by on the street as I was on my way to a new job. My eyes darted quickly away, not wanting to be called out by name. She called out in incomprehensible babble about days gone by.

“Remember when we had so much fun that summer by the sea? I was going to be an actress, and you were going to be a nurse,” she said.

And I did remember. Her soul had radiated with energy and a sparkle that attracted all who met her. Now, as I think back on those years so long ago, I reflect on the memories of Belinda, who was going to be something one day.

After that summer, we met a few years later at an annual party, celebrating a new year at college. Coke was the popular drug of choice, and Belinda was always game to try something new. She laughed and giggled as she tried her first snort. “Come on, Kim, it’s great!” she told me. But I was the more cautious one, so I declined.

I saw the tears in her eyes as I passed by that morning and she reached out her arms in recognition. I was embarrassed about the connection and quickly passed by without acknowledging her calls. She was hardly recognizable.

I regret it now. Why is it that when someone hits rock bottom, we won’t reach out and offer a helping hand? Is it our own demise we are so afraid of?

This morning, I see that the corner sits empty; close by are street people, chatting in a circle. I overhear their whispered comments about the loss of yet another one. I realize that they are talking about a long-ago friend, and I approach the circle cautiously. I stammer out the words that echo back and ring in my ears: “Was it Belinda who died last night?”

They turn to look directly at me. To them, I am an outsider. “What’s it to you, lady in those fancy clothes? Who are you?” they all chime in.

I think about the many memories of all the laughter and fun that we used to have. “Belinda was my friend,” I quietly say.

“Well,” says the one with the funny-shaped hat as she steps closer to get a better look at me. “Here on the street, we have a sort of way to pay respect to those who are gone.”

“I want to know,” I blurt out, filled with guilt at not having reached out to my friend previously.

“Simple,” she says. “Belinda’s corner will sit empty, at least for today.”

Crumbling to the ground, I sob uncontrollably for my friend who, once upon a time, was going to be a star. I bend my hands to pray. “My dear Belinda, may your corner sit empty, at least for today.”

About the Author | Kim Robin 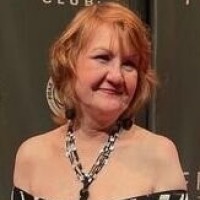 Writer Author
Sorry! The Author has not filled his profile.
email
Suzannabowling@hotmail.com
×