Share on Facebook Share
Share on Twitter Tweet
Share on Google Plus Share
Share on Linkedin Share
EPIC Players Inclusion Company (EPIC) will open their 2018/19 season with a neuro-inclusive adaptation of the classic tale, The Little Prince. Written by Rick Cummins and John Scoullar and based on the book by Antoine de Saint-Exupéry, the production is directed by EPIC company member Travis Burbee. The Little Prince will run November 10 – 18 at The Flea Theater, Siggy Space, in Tribeca. Opening night is slated for November 10.
Now in its second full season of programing, EPIC will also perform a Spring musical (The one about the man-eating plant!) at The Sheen Center, June 5 to 16. In addition, EPIC will also host their popular cabaret nights. Their last cabaret at Joe’s Pub, Songs About Ourselves, played to a sold-out audience.
Artistic Director Aubrie Therrien shared why EPIC choose The Little Prince, “We try to give our actors a wide range of material and styles to work with. Whether it’s Shakespeare, a musical or a modern play. The Little Prince felt like the right piece to open our new season.” Therrien went on to say, “There’s power in finding your purpose and celebrating your talent. After seeing an EPIC performance, many people come up to me, they can’t believe the wealth of talent here. And that makes sense. Some talent isn’t clear until it has a spotlight. Without this stage, that talent wouldn’t get to shine. That’s why we’re EPIC. Our mission is to discover and shine a light on neuro-diverse talent.”
The Little Prince tells the story of a world-weary and disenchanted Aviator whose sputtering plane strands him in the Sahara Desert, where he meets a mysterious, regal young boy: The Little Prince. Over the course of the next eight days stranded in the desert, The Little Prince recounts the miraculous story of his life, while the Aviator reconnects with his lost youth.
EPIC’s inclusive adaption employs a neuro-diverse cast who share the story of the Little Prince and his new friend and their adventures through the galaxy, inclusively illustrating that “It is only with the heart that one can see rightly…what is essential is invisible to the eye.” The audience as with our heroes, will go home with a new understanding of how to laugh, cry, love and accept all that life may have in store for us. Appropriate for kids and grown-ups of all ages.
The cast features Miles Butler, Kim Carter, Jesus Chevez, Gianluca Cirafici, Talia Eapen, Samantha Elisofon, Ben Hill, William Ketter, Nick Moscato, Gideon Pianko, Anton Spivack*, and Imani Youngblood. (*Appearing courtesy of Actors Equity)
The creative team includes lighting design by Zach Weeks, costume design by Cat Fisher, sound design by Isabella Scappaticci, and scenic design by Ryo Tatsumi. Andrew Kader serves as assistant director. The production team includes stage management by Kylie Hogrefe and assistant stage managers Carol Hoverman and Zach Lichterman.
Tickets are $25 (general), $35 for (reserved) and $55 (premium seating with VIP gift) and are available at www.epicplayersnyc.org – Performances take place at The Flea Theater – The Siggy, 20 Thomas Street (between Broadway & Church Streets), New York, NY 10007. Subways: A/C/E/1/2/3/J/M/Z to Chambers Street, N/Q to Canal Street, and the R/W/4/5/6 to City Hall.
Performance schedule:
Saturday, November 10 at 7:00 pm
Sunday, November 11 at 3:00 pm
Wednesday, November 14 at 7:00 pm
Thursday, November 15 at 7:00 pm
Friday, November 16 at 7:00 pm
Saturday, November 17 at 3:00 pm & 7:00 pm
Sunday, November 18 at 7:00 pm
The EPIC Players–which stands for empower, perform, include and create–is a nonprofit, neuro-diverse theatre company in New York City founded in 2016 to provide opportunities for performers with developmental disabilities to represent themselves on stage and screen. EPIC seeks to use the performing arts as a vehicle to empower artists with developmental disabilities and pioneer increased inclusion in the arts.
Partial funding for this project has been made possible through the Alliance of Resident Theatres/New York Creative Space Grant and The Blank Family Foundation and the Agnes Varis Charitable Trust. EPIC is proud to be an Anchor Partner of The Flea. 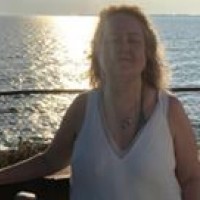 Suzanna Bowling Administrator
Suzanna, co-owns and publishes the newspaper Times Square Chronicles or T2C, as well as encouraginggoodnews.com. At one point a working actress, she has performed in numerous productions in film, TV, cabaret and theatre. She has performed at The New Orleans Jazz festival, The United Nations and Carnegie Hall. Currently she has a screenplay in the works, which she developed with her mentor and friend the late Arthur Herzog. email: suzanna@t2conline.com
web
http://t2conline.com
follow me
Latest Posts
Related tags : developmental disabilitiesneuro-diverseThe EPIC Playersthe Little Prince